Our holiday gites are located in the heart of one of the nicest regions in France. Located away from the Rhône valley, with the mildness of the Mediterranean climate, Lubéron has kept its heritage throughout the centuries, as well as its genuine nature.

A regional Natural Park since 1977, Lubéron cultivates its difference with the quality of its tourism services.

Its attractive villages (Bonnieux, Roussillon, Gordes, Ménerbes, Lourmarin …), its local produces and craft work make it a must for anyone wanting to spend unforgettable time in Provence.

If you are fond of rural architecture, you wont’ have enough time to discover the many villages built on hills.

Dating back to the Middle Age, many villages such as Gordes, Ménerbes and Oppède le Vieux were built on hills ; perched in narrow spaces, they often offer awesome view of surrounding landscapes.

Made up of various sceneries the region is marked by the presence of three significant ranges : the Petit and Grand Lubéron and the Monts du Vaucluse . Its various entities alternate plains and mountains, the joy of nature lovers seeking contrast-rich landscapes . The harmony of ochre colours and architectural shapes adds much to the enchantment of the place. 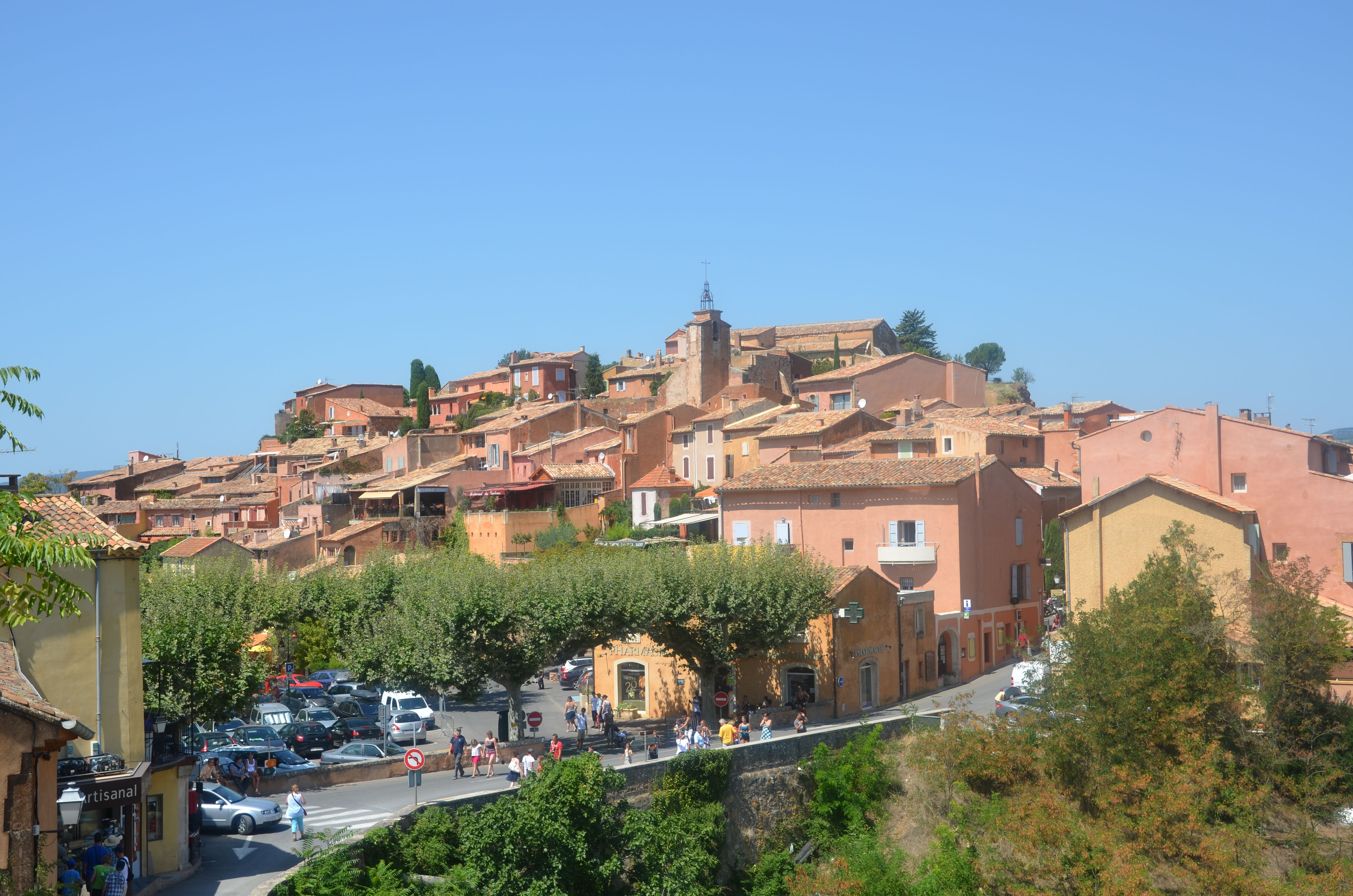 Yet one does not come to Lubéron only for its outstanding landscape or way of life:

LAURIS : built on a rocky hill, Lauris and its castle overlook the Durance . The old village is an outdoor museum, to attentive visitors.

OPPEDE LE VIEUX : the reputation of the old village of Oppède for its remains is complemented by its awesome view.

VENASQUE : nestling behind its walls, the old city of Vénasque will welcome you into the charm of its past.

GORDES : a magnificent perched village, overlooked by its castle and church. Waling in its streets, you will be enchanted to discover : vaults, old doors, fountains, scenic view of the valley and Lubéron mountain.

ROUSSILLON : a magical place where colour combinations burst into an infinite variety, Roussillon will show you the charm of its small streets, its ochre and craft work.

LUBERON et DURANCE : view from the village of Mallemort, the Durance runs south to the Lubéron mountain and adds its charm to the variety of the landscapes. 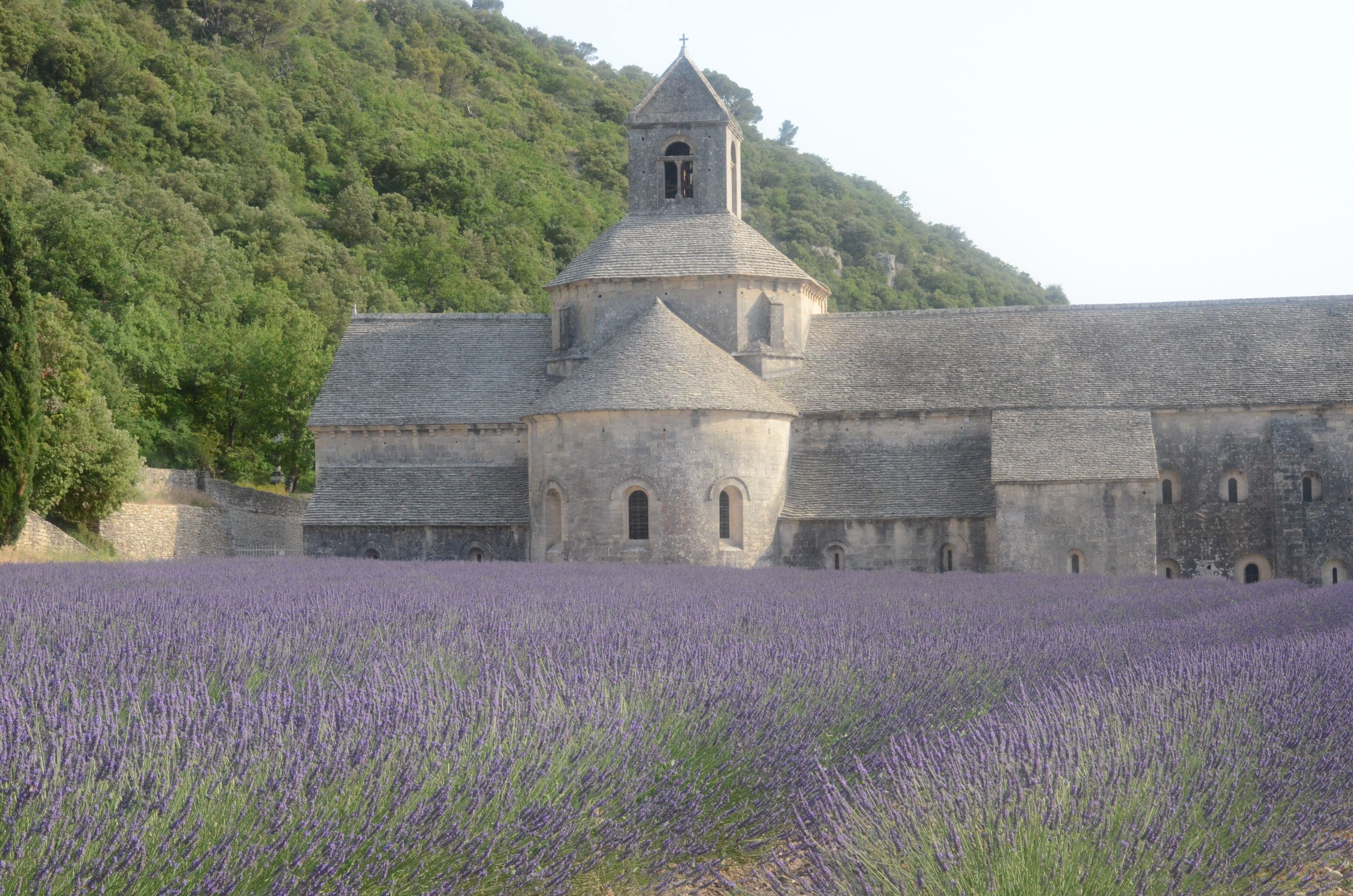 LOURMARIN : a peaceful and quite village in a haven of greenery. After being emptied of its inhabitants by diseases and ransacking, it relived in the XVth century when the local lord invited families from Vaud to cultivate the land and inhabit the deserted land.

LACOSTE : a lively village hanging to a verdant plateau, overlooking the valley of Aigues, and overlooked by its medieval XVIth century castle, occupied by Louis Alphonse Donatien, better known as Marquis de Sade . Nowadays, the castle is lit up every evening and offers an outstanding view.

SENANQUE : a Cistercian abbey built in a valley, in the middle of lavender fields . Foundered in 1148 by monks from Vivarais, the best season for discovering it is the end of spring when the lavender blooms.

MENERBES : surrounded by vines and greenery, that awesome little village nestles at the top of a hill, providing quiet and peace to the walker. A territory inhabited as far back as the Neolithic, continuously until the Middle Age. In the Roman era, several districts located at the bottom of the village had « villae », many remains of which have been found.

SAIGNON : a charming perched village running along the top of a hill, and one of Vaucluse’s “typical villages” . It distinguishes itself by its huge bell tower, and its church was, as far back as the Middle Age, a place of pilgrimage from all around Provence.

BONNIEUX : overlooked by its mid-roman, mid-gothic church, that small perched village of Lubéron overlooks the Combe de Lourmarin . Bonnieux is an old fortified village and was inhabited as far back as the Neolithic era and the age of bronze. 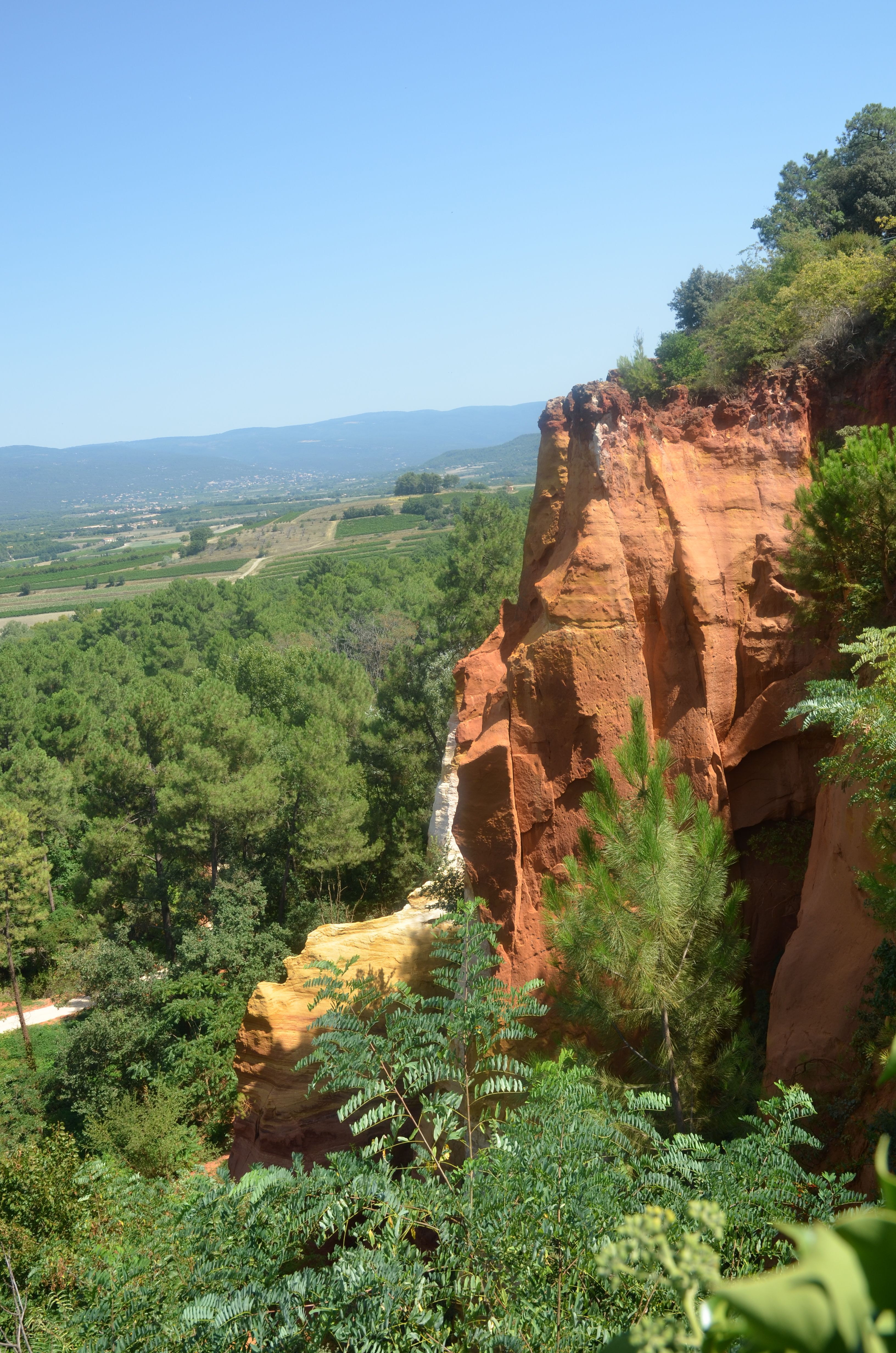 LES OCRES DE ROUSSILLON : the old open-sky quarries create landscapes of discreet and unique beauty. The Small Colorado is a must in Rustrel, an awesome set of fairy rocks, canyons and gorges carved by man and nature.

AIGUES TOWER : destroyed by a fire in 1792, this castle built in the 15th century was very inspired by that of Ecoven, Ile de France. Since the disaster, very spectacular ruins are still standing whose triumphal gate remains the flagship

THE FORT AND VILLAGE OF BUOUX are an outstanding site that tells the story and culture of the inhabitants of the region.

And many other sites that we leave you to discover. And if you want to know the atmosphere of a real market of Provence, go to the big market of APT which is held every Saturday morning.